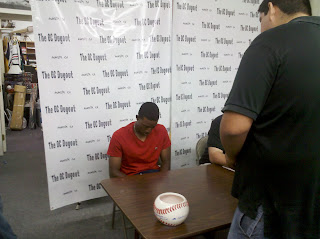 Dodgers short stop Dee Gordon was scheduled for an autograph appearance at the OC Dugout baseball card shop in Anaheim.  The signing was scheduled to take place between 5pm & 7pm.  The Dodgers were playing a 1pm game against the Rockies so I had a feeling the signing wouldn't start exactly at 5pm.  I decided to arrive around 4:30pm just to make sure the line wasn't too long.

When I arrived, there were about 25 people in line so I went inside to purchase a ball and an 8x10 to get signed.  I got in line and right away realized I was in line with DodgerBobble.  DB and I have corresponded through our blogs and e-mail and have been at some of the same signings but our paths have never crossed.  It was good to finally meet him face to face.  Being in line with other fans definitely makes the time go by quicker.  As most everyone knows, the Dodgers & Rockies went into extra innings yesterday, which delayed Dee's arrival.  Luckily Matt Kemp's walk off ended the game before it went too long.  A big thank you to the OC Dugout staff for providing some pizza and bottled water to everyone waiting in line.  It was a nice touch since most of us were in line for a couple hours.

A few minutes before 7pm, a black Dodge Challenger pulled into the parking lot and we could all see Dee cruising in behind the wheel.  Afte a few minutes, the OC Dugout staff were allowing groups of about 5 into the shop.  This allowed time for fans to chat with Dee a little and pose for pictures.

Here are some pics - 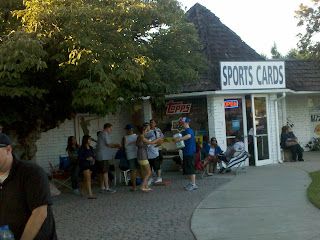 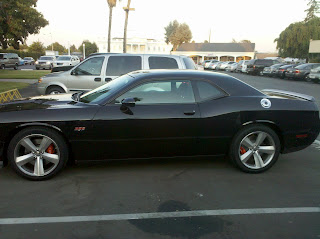 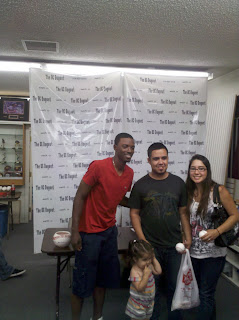 Dee posing for pics with families 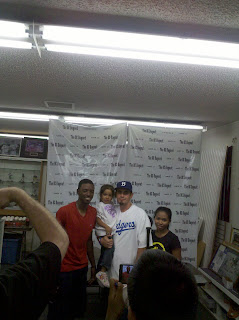 Another family with Dee 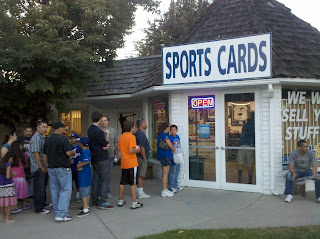 The line as I was leaving 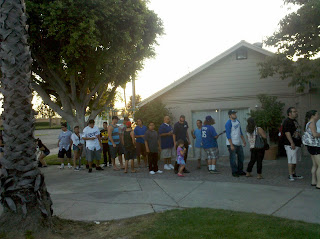 The 2nd part of the line as I was leaving 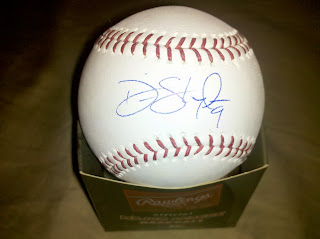 My baseball signed by Dee 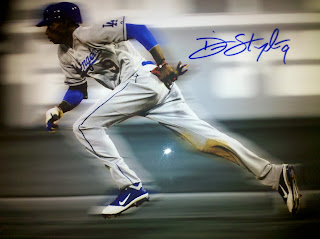 8x10 signed by Dee
Overall, it was a great experience.  I would guess there were about 75-85 people who showed for the signing.  Shout out to DodgerBobble, Ramon & Alex for making the time go by.  I know there were a few other cool people I met but didn't catch everybody's name.
True to the Blue!﻿
Posted by Dodger RAMblings at 9:48 AM